It was a pride for Nora Suryanti to be working as a civil servant. She was grateful that her mom believed the words of Amma Saga. She was not the only person in her family who serves the country directly under the civil institution. Her younger brother also served in Angkatan Udara Republik Indonesia (AURI).

On June 1971, she had to end her service as a civil servant. She got the letter certified that she was already 56 years old and she needed to enter her pension period. 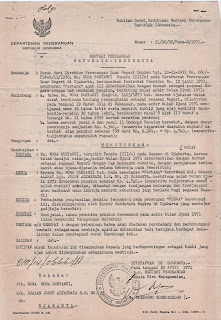 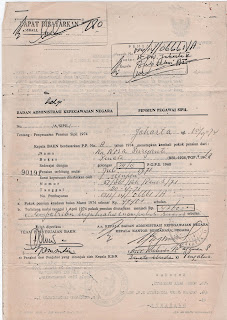 Probably that was the reason why I did not know her as a civil servant. My family moved to Jakarta in 1974. So, it was three years after her retirement.

I knew her as a freelance translator, a tour guide, and a contributor for newspapers. She had a very good relationship with Indonesian artists, especially painters and sculptors. It seemed that she wrote a lot about art and cultures.

One of our pride as her family is her contribution to the production of the first IMAX film produced in Indonesia. She helped E.N. Sudharnono, the wife of former vice President Sudharmono, to enrich the content of the film.

The development of Taman Mini Indonesia Indah (TMII) was started in 1975. In  April 1984 the IMAX theatre in TMII was officially inaugurated by Tien Soeharto, the First Lady of Indonesia at that time.

I remembered how we were proud to come to see Oma Waringin's work, the IMAX film Indonesia Indah 1 and Indonesia Indah 2. She was even seen in one of the films. Very small as it was filmed from the air. It was not yet the time of the drone. So, we can imagine how difficult it was to make films at mountainous Indonesia.

So, she was around the age of seventy when she helped in the production of that film. Amazingly, she was also going to the site location of the filming.

Almost every time I had foreign guests, I would bring them to see the IMAX film. The films were beautiful, but most importantly...Oma had her contribution to those films. Unfortunately, when I visited the IMAX theatre in 2019, the films were no longer on screen. The management from the Theatre said that the film is too old, they were afraid that it might get ruined. So sad, as the quality of those films were really good. They showed the beauty of the cultures and the richness of Indonesian nature.

She was so proud of being a part of the Indonesian civil servant. I found a picture where she wore the uniform of the civil servant. Korpri or Korps Pegawai Republik Indonesia was officially formed in 29th November 1971. So, it was definitely after her retirement that she used the uniform.She was so proud of her work as the part of the Indonesian government. It is sad that I lost almost all her treasured photos and documents. 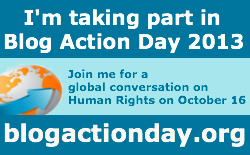 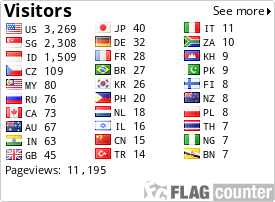